Kagyu Samye Dzong Scarborough Tibetan Buddhist Centre has existed since April 2009. We now have a centre at Londesborough Lodge in the Crescent.

The function of the centre is to provide Buddhist philosophy and meditation teachings, and compassion-based mindfulness classes and retreats for both Buddhists and non-Buddhists alike, as well as health and wellbeing services with community outreach.

In June 2013 Scarborough Borough Council voted to transfer the beautiful, historic building Londesborough Lodge to our charity, Rokpa Trust, as a Community Asset Transfer. We are now focused on the regeneration of this site, restoring it to its original splendour and cultural significance, and we have opened it as a centre for meditation and the health and wellbeing of the community.

To make the teachings of Buddhism accessible to all.

To foster the growth of wisdom and compassion.

To benefit the wider community.

To promote interfaith dialogue and understanding.

Lama Yeshe Losal Rinpoche is Chairman of Rokpa Trust, Abbot of Kagyu Samye Ling Monastery and Director of the internationally acclaimed Holy Island Project. He is Meditation Master to thousands of students from around the world. He is a much loved and respected teacher whose wisdom, compassion, warmth and humour reveal him as a living example of the Buddha’s teaching.

With his profound insight, acquired through many years of meditation in solitary retreat, and his personal experience of a broad spectrum of people from both the East and West, Lama Yeshe Rinpoche is able to demystify and illuminate the Buddha’s teachings in a simple yet inspiring way. His humour and direct, down to earth approach crosses continents and cultures enabling him to give both personal advice and meditation instruction that goes straight to the heart. It is these unique qualities that make him a Lama of and for our time.

Born in 1943 in Kham, East Tibet, Lama Yeshe spent his formative years in education at Dolma Lhakang Monastery where his brother, Akong Tulku Rinpoche, was Abbot. After a harrowing six month journey escaping from Tibet as a teenager in 1959, Lama Yeshe arrived in India along with Akong Rinpoche, Chogyam Trungpa Rinpoche and a handful of other exhausted refugees. On leaving the Tibetan Refugee Camp he attended the Young Lamas Home School in Dalhousie and left in 1967 to serve as Private Secretary to His Holiness the 16th Gyalwa Karmapa at Rumtek Monastery in Sikkim.

In 1969 Lama Yeshe joined Akong Tulku Rinpoche and Chogyam Trungpa Rinpoche in Scotland where they had founded Kagyu Samye Ling, the first Tibetan Buddhist Monastery in Europe, Five years later, having tasted and become disillusioned with modern Western culture, he was reunited with H.H. Karmapa and accompanied him on a tour of the United States. Lama Yeshe and his friend Lama Tenzin Chonyi established and managed the Karma Triyana Dharmacakra Centre in Woodstock New York.

In 1980 he took full ordination as a Gelong monk from His Holiness Karmapa, on the auspicious date of the anniversary of Lord Buddha's Nirvana and Parinirvana, at a ceremony attended by the most eminent Tibetan Lamas of the time.

In 1985, at the request of his brother Akong Tulku Rinpoche, Lama Yeshe returned to Scotland to continue his retreat at Samye Ling Purelands Retreat Centre and in 1989 became Retreat Master with responsibility for the western practitioners in the cloistered four year retreat. In 1991 Lama Yeshe toook responsibility for the running of Samye Ling and also to oversee the newly acquired The Holy Island Project.

In August 2003, Akong Tulku Rinpoche honoured Lama Yeshe as 'Rinpoche' in recognition of his strong commitment to establishing a strong ordained Sangha in the West, and in recognition of his achievements as Abbot and his inspiring example to many thousands of friends and students around the world.

As Chairman of Rokpa Trust Lama Yeshe Losal Rinpoche has responsibility for Kagyu Samye Ling, The Holy Island Project and Kagyu Samye Dzong Centres worldwide. He is also involved in the Trust's charitable projects both at home and overseas. His energy and inspiration fuel the Trusts far reaching activities which benefit so many people in so many ways.

He specialises in teaching mindfulness meditation internationally, in businesses, hospitals, schools, universities, prisons and addiction counselling centres, and he gives keynote speeches at major events around the world. He has been teaching for over 20 years and is a world pioneer in the mindfulness movement, as he was teaching in these sectors many years before it became popular.

He works with major clients such as: Google, LinkedIn, Deloitte, Lloyds Bank, Deutsche Bank, Siemens, Accenture and Clifford Chance. He has lectured at Facebook’s London offices, Morrisons and McCain head offices, Linklaters and many other global companies. His work helps to raise funds for our centre as well as for other charitable projects.

Thubten designs and delivers 12-week mindfulness programmes for 4th year medical students at the National University of Ireland. He has also lectured at the Universities of Oxford, Cardiff and Helsinki, as well as for the United Nations.

His work is often featured in the media, and he is well known for bringing mindfulness into the workplace, teaching people how to integrate it into their busy lives. He has done numerous TV, radio and print interviews. He is an author for Mindvalley, a major online learning platform, and he has spoken for them at large events in Jamaica, Barcelona and Estonia.

He was the meditation consultant on the set of Marvel's movie, Dr. Strange, where he trained Benedict Cumberbatch and Tilda Swinton in meditation techniques while they were filming. Thubten is also a Trustee of ROKPA INTERNATIONAL (www.rokpa.org), a humanitarian aid organisation with medical, education and cultural projects in some of the world's poorest regions, and he is a Director of Samye Foundation Wales (www.sfwales.org), a mindfulness and wellbeing charity.

Thubten collaborated with Ruby Wax and Ash Ranpura on the book “How to be Human”. His own book, “A Monk’s Guide to Happiness” is a Sunday Times bestseller.

Ani Tselha is the resident nun and Centre Manager at Kagyu Samye Dzong Scarborough. She has a background in psychiatric social work and working with the homeless and young offenders.

She ordained as a novice nun at Samye Ling Tibetan Buddhist monastery in Scotland in 1993 with Lama Yeshe Losal Rinpoche and helped run the Glasgow Samye Dzong centre for a short time before moving to India, Dharamsala, for a number of years to teach English to Tibetan students. She then continued on the Dharma path as a lay practitioner.

On returning to England she qualified in therapeutic counselling and her experience includes counselling in hospice, schools and as a counselling tutor. She rejoined the monastery and took life ordination in 2008 with Khenchen Thrangu Rinpoche.

Meditation is the art of finding peace and happiness within, using simple methods of calming and stabilising.  We offer weekly meditation sessions and regular meditation & mindfulness training courses.

Buddhism expresses a deep respect for all faiths, and does not require people to convert to Buddhism in order to find the benefits of meditation.  Buddhist methods of meditation are aimed not only at calming the mind, but also at achieving insight into how the mind functions, and its true nature.

We offer a variety of day and short retreats suitable for those who are complete beginners to the more experienced.

Regular Yoga and Pilates classes are held at the Centre each week by fully qualified instructors. People of all ability and age are welcome to join these class

Over the years the centre has helped local communities by offering mindfulness and compassion courses as part of our community outreach programme. We have worked with hospitals, hospice, schools, universities, prisons, youth and rehabilitation services 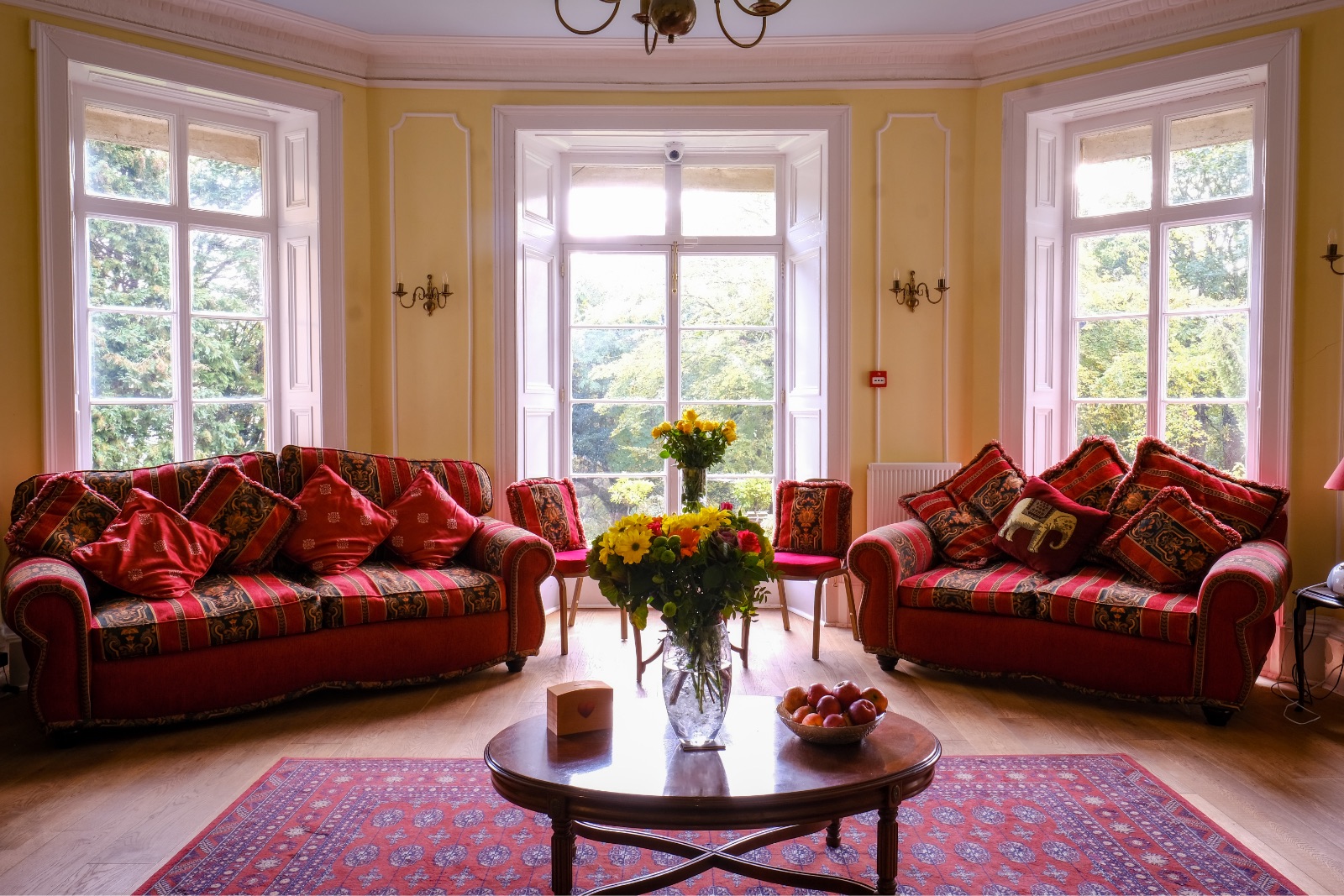 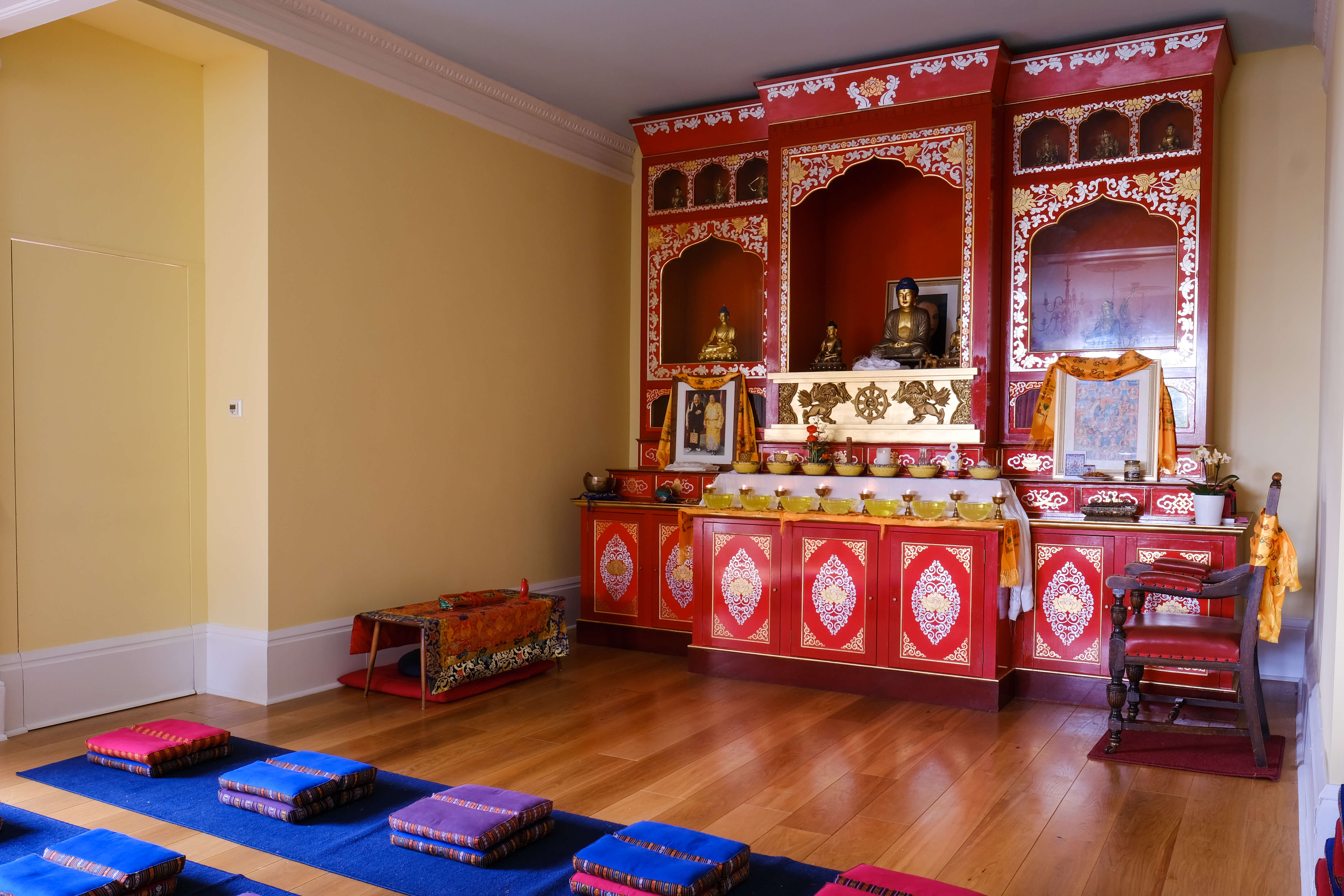